NASEBA today awarded the Asia Thought Leader in Science and Technology to Mr. Liew Choon Lian, Chairman & CEO of MDT Innovations Sdn Bhd in recognition of his outstanding achievement in these fields during the Thought Leaders Summit Asia 2012 held in Kuala Lumpur on June 25th and 26th. 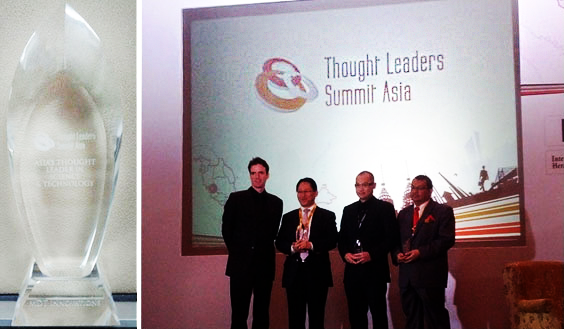 Under the theme ‘Celebrating Asia’s most innovative thought leaders’, this award recognises Liew’s contribution and commitment in driving the success of his company in the field of science and technology. It honours Liew whose innovative management has contributed to shape the future of scientific organisations specialised in life sciences, biotechnology, pharmaceuticals and research & development.

This adds another feather to MDTi’s cap, which have previously received other prestigious awards such as Red Herring Global and Deloitte Fast 500 Award. Naseba organised a 2-day event on 25th and 26th July 2012 in Royal Chulan Hotel Kuala Lumpur in which Liew attended to receive the award.